Professor Duncan Petrie is the Principle Investigator on the project, based at the University of York. Duncan’s research has been primarily in the areas of British, Scottish and New Zealand cinema and culture, with specific interests in the film-making process, the industrial structures and functioning of national cinemas, the art and craft of cinematography and the relationship between cultural expression and the question of the national. He has written five monographs: Creativity and Constraint in the British Film Industry (Macmillan, 1991), The British Cinematographer (BFI, 1996), Screening Scotland (BFI, 2000), Contemporary Scottish Fictions (Edinburgh University Press, 2004) and Shot in new Zealand: The Art and Craft of the Kiwi Cinematographer (Random House, 2007), one co-written volume, A Coming of Age: 30 Years of New Zealand Cinema (Random House, 2008), edited or co-edited a further ten collections, including most recently The Cinema of Small Nations (Edinburgh University Press, 2007), and has contributed numerous book chapters, journal articles and reviews. 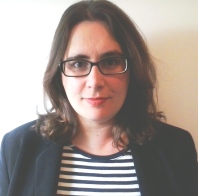 Dr Melanie Williams is Co-Investigator on the project, based at the University of East Anglia where she is currently  Head of the Department of Film, Television and Media Studies within the School of Art, Media and American Studies. Melanie’s focus has been primarily on British cinema with a particular emphasis on gender, and she has contributed to a range of edited collections including  British Women’s Cinema (Routledge, 2009), Ealing Revisited (BFI Palgrave, 2012), Mamma Mia! The Movie: Perspectives on a Film Phenomenon (I.B. Tauris, 2013) and Shane Meadows: Critical Essays (Edinburgh University Press, 2013). Her monograph on director David Lean was published with Manchester University Press in 2014.

Dr Richard Farmer is the Post-Doctoral Research Associate on the project at the University of East Anglia. He is a film historian specialising in cinemagoing, leisure and popular culture in 20th century Britain and, in addition to his monograph The Food Companions: Cinema and Consumption in Britain, 1939-1945 (Manchester University Press, 2011), he has published widely on these subjects in a number of journals and edited collections.

Dr Laura Mayne is the Post-Doctoral Research Associate based at the University of York. Her research specialism is in postwar British cinema with an emphasis on industrial history, institutional practices and production cultures. She completed her PhD as part of the 4-year AHRC-funded project ‘Channel 4 and British Film Culture’ based at the University of Portsmouth, and she has published a number of articles on aspects of Channel 4’s history as a funder of feature films in the 1980s and 90s.