Reinventing the Children’s Film for a New Decade

Our latest guest blog is by Robert Shail, Professor of Film at the Northern Film School of Leeds Beckett University. An expert in post-war British cinema, Professor Shail has penned books on Tony Richardson and Stanley Baker, while his edited collection Seventies British Cinema offers a comprehensive re-evaluation of that decade. Here, he talks about a much neglected part of British cinema history – the Children’s Film Foundation.

When we think of 1960s British cinema the first thing that comes to mind might not be the Children’s Film Foundation (CFF). However, they were one of the most consistently successful filmmaking organisations of the decade, producing over fifty films which played to a weekly audience of close to half a million children. By the start of the 1960s the CFF had developed a reputation as a respectable but rather staid organisation but by the decade’s close they had undergone their own cultural revolution, one which responded to the changing audience of the period. 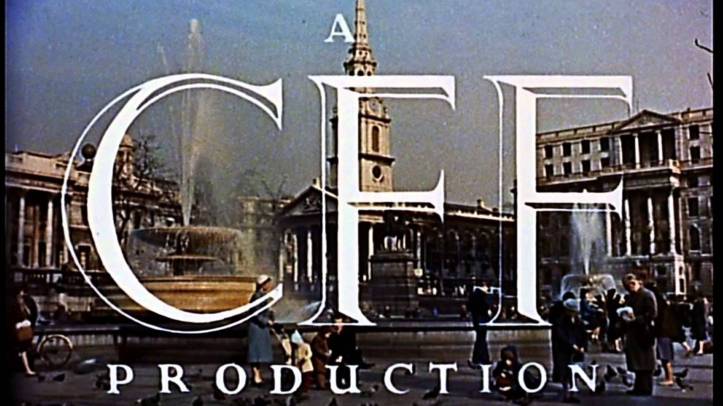 The Foundation had been launched in 1951 out of the ashes of the Rank Organisation’s Children’s Film Department. Funded with an annual grant from the Eady Levy, it’s creation was a response to years of sustained criticism from pressure groups over the poor standard of material screened to children in the network of Saturday morning cinema clubs which covered the UK. It had a remit which combined entertainment with a moral agenda to help shape the citizens of tomorrow, an approach that grew from the convictions of J. Arthur Rank and the Foundation’s first chief executive, Mary Field. By the end of the 1950s the CFF had firmly established itself with a blend of travelogues, educational documentaries, cliffhanger serials, and the sixty-minute features which were their trademark. Their films supplied the children’s cinema clubs which took place each week at 800 screens across the country (roughly half the total number) and reached an annual audience of 20 million. They exported across the globe and were lauded with awards from film festivals. 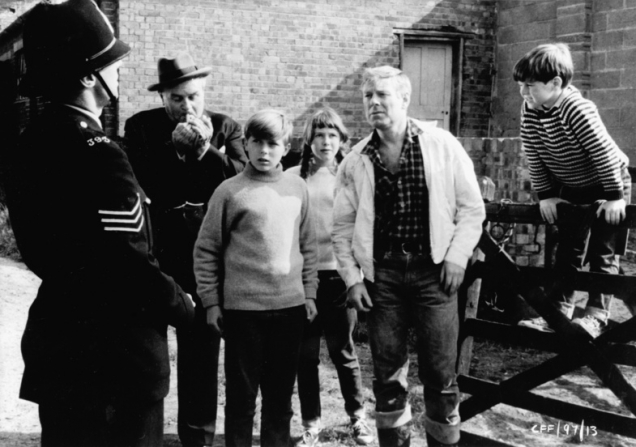 Despite this success, by the early 1960s the Foundation was undergoing a crisis of confidence. Mary Field had retired in 1958 and was followed firstly by Frank Wells and then by Henry Geddes who set about taking the CFF in a new direction. Geddes was aware that his young audience were restive. The style of production favoured by Mary Field was typified by film serials like Five Have a Mystery to Solve (1964), their second adaptation of an Enid Blyton Famous Five story. By 1964 this cosy, middle-class adventure seemed out of touch with a young audience that had put The Beatles at the top of the music charts. Geddes commissioned an audience survey to assess what was happening from the company Group Marketing and Research Ltd. who were a subsidiary of Rank. 1500 interviews with audience members were carried out across forty-two cinemas; the results were published as Progress Report: The CFF in the Sixties.

By 1964 this cosy, middle-class adventure seemed out of touch with a young audience that had put The Beatles at the top of the music charts.

Among the findings was that the average age of club members was now 8.8 years, a downward trend. The Board was concerned that the Foundation was losing half of its potential audience and needed to take steps to address their needs. The report also noted increasing levels of expectation from children in terms of the technical quality of films. This was seen to be in response to their growing exposure to television programs that were deemed more ‘sophisticated’ than the work of the Foundation. In addition, in a turn that would probably have dismayed Mary Field, it was suggested that the high moral tone of the CFF’s output should be softened. The report stated that ‘the time was ripe for further experiment and research and a setting of different standards.’ A tentative programme of ‘new look’ films was underway. These included Go Kart Go (1963), Seventy Deadly Pills (1963) and Daylight Robbery (1964). The report also recommended more features and less serials, as well as greater use of colour. 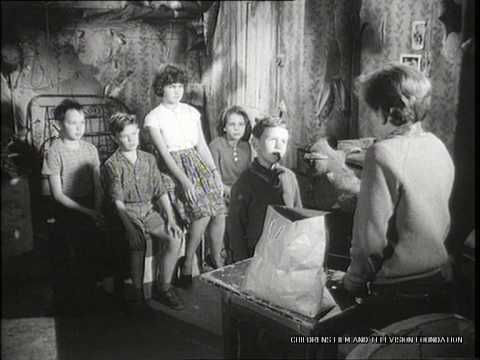 The dangers of drug use explored in Seventy Deadly Pills (1963)

The change in style is evident from a viewing of Go Kart Go (1963) which in many ways is an remake of the earlier Soapbox Derby (1957) in terms of its narrative and its moral position, i.e. cheats never prosper. Both films centre on a gang of young heroes building a vehicle to race against their rivals, who invariably try to win through nefarious means. However, the film looks and feels quite different from its predecessor, with its rougher working-class edge, naturalistic performances and authentic-sounding urban accents, a change typified by the casting of a young Dennis Waterman in the role previously taken by Michael Crawford. There is a more democratic sense of reality, one which seems contemporary in spirit rather than the nostalgic, backward-looking stance of Soapbox Derby. The need to encourage identification with the characters and story from its core audience, who were largely urban and working class themselves, had been recognised.

This spirit was to carry on through the 1960s with an increasingly gritty approach which brought social realism to films like Operation Third Form (1966) and On the Run (1969). Responding to the changing mood of the decade also took the Foundation into surprisingly experimental directions with an air of whimsicality coming to the fore in The Sky Bike (1967), with its strong elements of fantasy. This was to reach its height early in the next decade with the production of the positively psychedelic The Boy Who Turned Yellow (1972), the final production from legendary filmmakers Powell and Pressburger. If new strains of fantasy and reality had taken the place of the old certainties of the Famous Five, not all of the Foundation’s attitudes had been updated as a viewing of Cup Fever (1965) reveals. Here the gender roles seem largely unaffected by Swinging London with the boys’ football team being rewarded with a visit to Old Trafford while the girls stay at home to wash the kits. Some things changed while others remained resolutely fixed.

Nonetheless the CFF had managed over the decade to substantially reinvent and reinvigorate itself so as to make films which spoke to a new generation who wore flares and tank tops rather than jackets and ties, and who were no longer likely to refer to their own fathers as sir. In doing so they opened up the opportunity to address children with increasingly complex and challenging dramas which would reach further heights in the two decades that followed.

(If you want to find out more about the Children’s Film Foundation, Robert’s recent book on the subject published by Palgrave/BFI can be found here)