“Would you ask The Beatles that?” How Bob Dylan and The Beatles shaped perceptions of the music press

Our latest guest blog is by Dr Neil Fox who is a course coordinator for BA Film at Falmouth University as well as co-founder of the podcast and film club The Cinematologists. Here Dr Fox discusses how music journalism is framed in two influential films from the 1960s; Richard Lester’s A Hard Day’s Night (1964) and D. A. Pennebaker’s Don’t Look Back (1967).

Casting a canonical shadow over the music documentary and concert film genre are a few films from the mid-1960s and early 1970s. Amongst them, and maybe the films that have cast the biggest shadows, are Richard Lester’s A Hard Day’s Night (1964) and D.A. Pennebaker’s Don’t Look Back (1967). Whilst the latter is not a British film per se, it is entirely set in the UK.

One of the myriad reasons these films are so fascinating, beyond the obvious zeitgeist moments they document, is the way the films portray journalists. Press calls are key to both films. It wouldn’t be pushing it to suggest ­– we are after all talking about The Beatles and Bob Dylan – that fan perceptions of the music press stem largely from the iconic sequences in these seminal films. 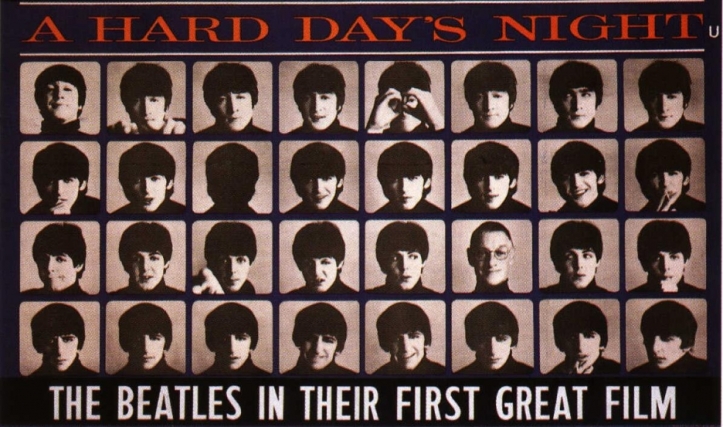 The journalists in both A Hard Day’s Night and Don’t Look Back of course represent more than just music journalism. They are symbols of what is being laid to waste in the wake of a youth pop movement. The people charged with writing about these music phenomena look different to the artists, sound different to the artists and really, really don’t get it. The received pronunciation of the press is markedly at odds with the guttural Liverpudlian accents and Dylan’s laconic American Midwest drawl. Both films make an emerging cultural gulf between the old and the new strikingly apparent, albeit in different ways. 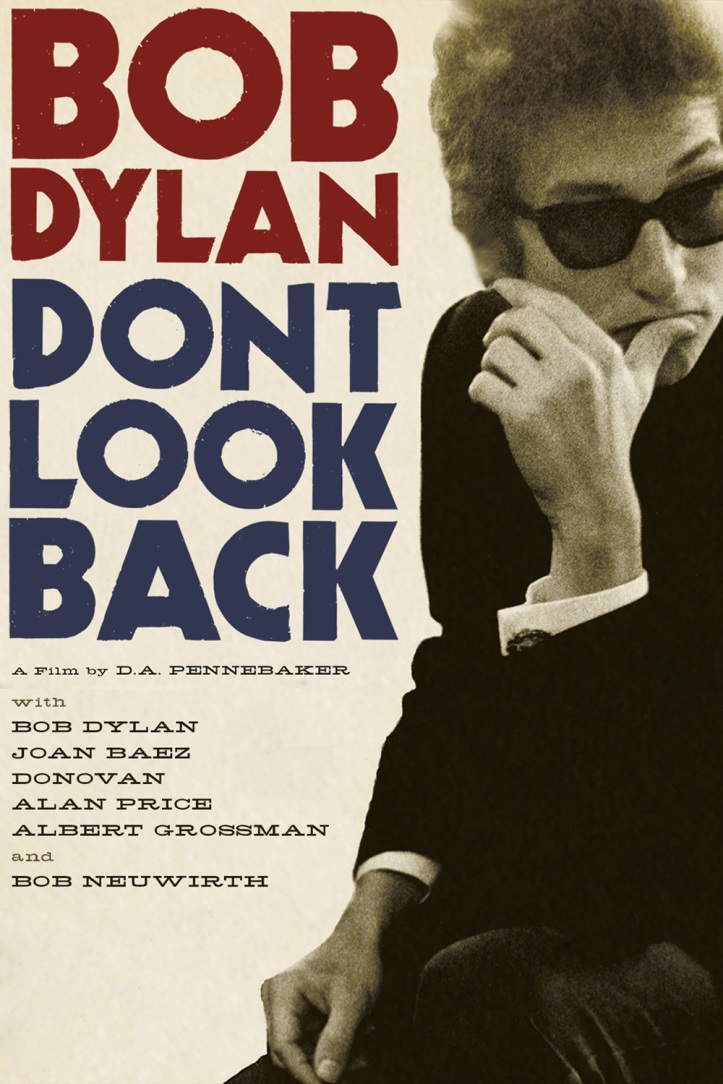 In A Hard Day’s Night there is one memorable sequence with the press. The boys arrive at a hotel and are ushered to a large ballroom packed to the rafters with journalists. It’s claustrophobic and the band are separated and cajoled in the scrum, much needed food and drink always just out of arms reach as microphones and notepads are shoved in their faces. The audience is mostly watching the different musician’s strained and disconcerted faces as they endure the experience. The editing accentuates the surreal in the scene, sometimes presenting just the band’s answers or the reporters’ mundane questions. These fragments highlight the frequency and monotony of events like these in the lives of the band, and how they all simply blend into one cacophony of familiarity. Some of the questions are memorable and the band answers them with the unique blend of wit, mischief and utter disdain that made them so special.

“How did you find America?”

“What would you call that hairstyle you are wearing?”

Ringo is responsible for the most genuine moment in the sequence. The question of how staged the questions were remains a bit of a mystery. All the reporters were actual journalists but how prepped and scripted it all was isn’t clear. But one question clearly catches Ringo off guard, throwing the whole thing into disarray and elevating the sequence to something that feels both pointed and spontaneous. He is asked how he likes his girlfriends to dress. There’s a moment where he ponders how to answer before laughing. The laugh is genuine. He was not expecting that question and knew that his automatic response had to be curtailed. It’s a beautiful moment. The sequence is short and ends with the band slipping away as the camera holds the frame capturing gossiping and sandwiching journalists who don’t even notice that the band have gone, but it sets up the call and response antagonism that has become so ingrained in the relationship between musical artists and the music press. The band would much rather just be playing music, which they do in the following scene where they look much more comfortable and at ease. The routine and duty has been done with, now they can concentrate on the thing they love.

By contrast, Don’t Look Back is a film about a musician pretty much obsessed with the music press. Much of the running time features Bob Dylan talking to journalists and famously becoming increasingly antagonistic. But it also features him reading his own press, as hot off the presses as he can get it. This doesn’t help his relationship with those charged with documenting this ‘prophet’s’ movements through the UK. Dylan doesn’t like doing interviews and the film makes that clear. However, neither does he baulk at or run from them. He stares the reporters down and makes them work. He’s disdainful, aloof and bored. Again, the cultural and social difference between him and the journalists writing about him is vast. However he doesn’t like them stating that he’s this way – “I’m not angry. I’m delightful”. In the opening stages of the film the relationship between Dylan and his press is quite playful. In response to a piece that claims he smokes 80 a day he retorts “80 a day? I’m glad I’m not me.”

There’s a section that seeks to represent the mechanics of the relationship and accentuate the rehearsed nature of the interviews. We see Dylan going through pre-approval of interview questions, but once the interview starts the film cuts away and delivers the answer as an archive flashback.

He won’t even answer direct questions from fans during an impromptu signing session. Anyone who asks a question is a journalist in his mind. Reading the press he is garnering annoys him as much as the endless oblivious cycle of hotel, gig, car, press call. In one of the most famous sequences he toys with a science student cum journalist. He stalks him with his guitar wielded, like a bird of prey. He plays the guitar as he engages with the journalist. He smokes. His answers contradict. He wants to be heard but doesn’t want to say anything that is prompted by someone else. Pennebaker captures a whirlwind in this film and it is journalists who bear the brunt of a searching artist trying to find his way through his sound and his songs and his life. By the end of the film Dylan has had it. He’s tired from the tour. His entourage has grown and includes hangers on that he doesn’t like or approve of. He yells at the final interviewer “Would you ask the Beatles that?”

The answer, based on A Hard Day’s Night, is no. However, neither film showcases music journalists in a great light or give the impression that the relationship is one of mutual respect, enlightenment and value. Doing press is a chore for artists. The questions are mundane and stupid. These films, however, capture the start of the pop explosion and the iconic music writers of the 70s and beyond, who took rock criticism to interesting places that were sometimes respected by musicians. They were not writing when these films came out, because these films are so early in the mythology of these artists and pop culture. The artists and these films helped pave the way for what came later musically, cinematically and possibly journalistically. These films highlight (supposedly) Martin Mull’s iconic sentiment that ‘writing about music is like dancing about architecture’, and God help the music writer.