Science Fiction and the Intelligent Viewer

The third in our series of guest blogs is by Dr Max Sexton of Birkbeck, University of London. Dr Sexton’s work looks at science fiction adaptations on television, and his recent book on the subject can be found here. In this article he talks about the specialised appeal of two science fiction programmes which were broadcast on the BBC in the 1960s – the anthology series Out of The Unknown (1965-1971) and Nigel Kneale’s progressive and incredibly prescient single play The Year of the Sex Olympics (1968).

The release on DVD in November 2014 of the surviving twenty episodes of the 1960s sci-fi television series, Out of the Unknown, made by the BBC, has been one of the more recent memorable releases of British television from the decade that swung.  The British Film Institute has restored the episodes and supplied new material with help from such interested parties as Mark Ward, the author of the definitive book about the series, and Professor Dan Rebellato from the Royal Holloway, University of London, who is also an expert on the writer John Wyndham.

The aim of the show’s producer, Irene Shubik, was to provide a showcase for science fiction that had a philosophical theme, although she tempered this in a memo in May 1965 with the self-deprecating comment ‘if one may use such high flown terms’.(i)  The thought of making television that had pretensions of philosophy touched on an ingrained attitude that the medium was a popular one and should adjust its content accordingly.  To this end, the second episode of the first series, The Counterfeit Man, has all the ingredients of a kill or be killed story, with the advantage of added suspense.  The enemy is an unrecognisable unknown and members of the crew of the space station are being bumped off one by one… 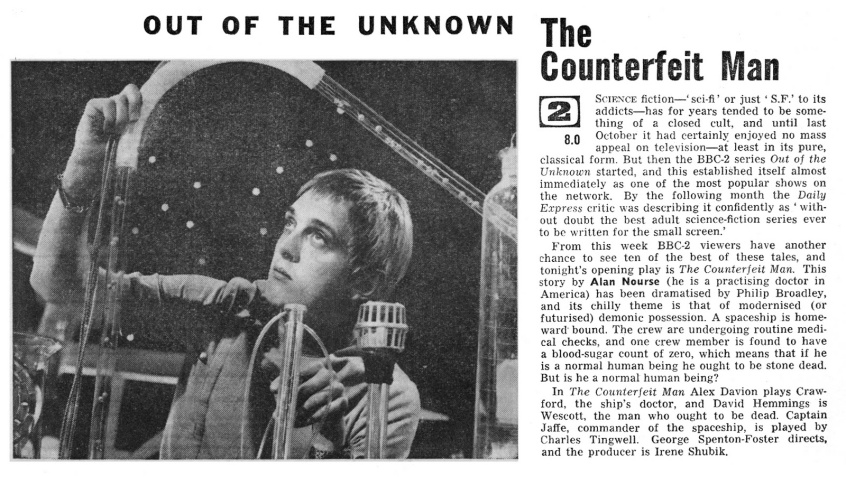 A review of The Counterfeit Man from the Radio Times, October 7 1965

Nevertheless, philosophical themes did appear in the series.  The adaptation of original stories by writers such as John Wyndham and Isaac Asimov reminded the audience of the attempt to balance separate traditions in the series: the use of scientific romance compared with the plots and motifs of science fiction from the US.  The writer Brian Stableford argues that scientific romance lies within a British cultural tradition and has tended to be more pessimistic than its stateside relation and, in fact, could become misanthropic.(ii)  On the other hand, science fiction, since its inception in the 1920s, has demonstrated an interest in the development of technology as a sign of social progress.  No Place like Earth, the initial episode of the first series of Out of the Unknown, is a clever mediation on and reconciliation of the two traditions – scientific romance and fiction – as men from Venus seek to rebuild civilisation.  John Wyndham, the author of the original short story, had written for the American pulps, as well as writing novels that avoided the label of science fiction.  Despite criticism for being too slow after it was first broadcast, the episode deserves a second viewing due to its usually overlooked complexity. 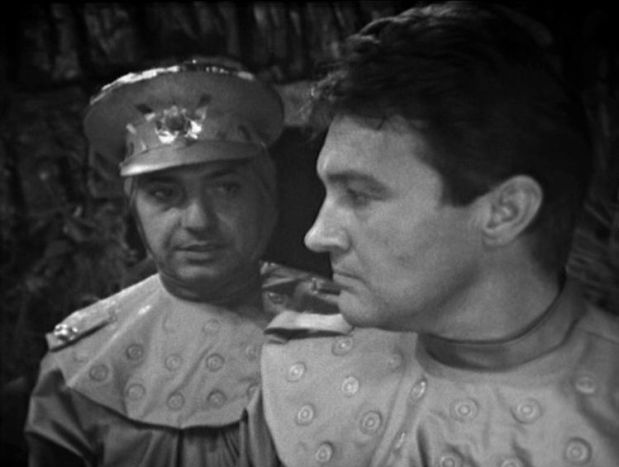 If the American sci-fi tradition, often with the use of a hero, was popular, the earlier indigenous tradition continued to appear in Out of the Unknown. The Machine Stops is an adaptation of the story by EM Forster, and directed by Philip Saville.  Saville was one of the pioneers of television drama and had already distinguished himself in directing for ABC’s Armchair Theatre anthology series.  It was there that he was to prove that he was a director who could master televisual innovation and experimentation.  Saville brought his sense of visual expansion to the screen when the dominant aesthetic was a studio based form of realism.  The Machine Stops would become an Edwardian idea of what a dystopian future would look like and it was also commented on later that the episode was more literary than was usual for television drama.(iii)

The production was complicated by the fact that policy at the BBC was constrictive.  A maximum of six cameras were allowed in the studio and if one camera broke down, pre-recording needed to continue, as it was regarded as a production fault.  If two or more cameras were out of action, pre-recording could be stopped but a live broadcast had to continue, and it had to be regarded as an engineering fault.  Yet, inside the studio for Out of the Unknown were Vidicon 625 lines cameras with pan/tilt units and one motorised and one manual zoom.  Philip Saville’s sophisticated use of style would eventually help the episode to win first prize at the Trieste Festival for science fiction films in 1967.  However, it was watched on its first broadcast on the 6 October, 1966 by a sobering 0.8% of the public according to BBC Audience Research.(iv) 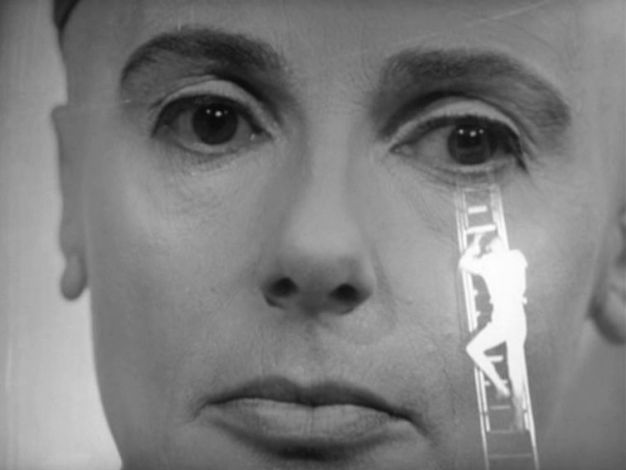 Yvonne Mitchell as Vashti in The Machine Stops

The interest in science fiction during the second half of the 1960s produced one of the most iconic programmes of the decade: The Year of the Sex Olympics (1968), which was penned by Nigel Kneale.  Kneale had been the writer of the Quatermass trilogy on the BBC and had demonstrated his sense of satire when he confessed later that he had originally written the first series as comedy.(v)  The same sense of absurdity appears much later in The Year of the Sex Olympics (1968) and his desire (no pun) to see how far the writer can go on television.  Except, instead of rockets and space suits, there were television presenters and studio guests as thinly disguised ‘with-it’ 1960s people.  Last released on DVD in 2003, the series deserves a re-release, but a black and white copy (it was originally shot in colour) can also be found on YouTube.

A decade earlier in 1958, Kneale had discussed the importance of the ‘intelligent viewer’ to the future of television, and his fear that television without it would decline into, as he saw it, automated entertainment.  Rather, he believed television should appeal to the specialised audience.  Although possibly guilty of elitism about television or else prescient about the development of the medium, The Year of the Sex Olympics is a polemic against vulgar culture (in its broadest popular sense), but, at the same time, promotes the possibility of television drama with deeper structures of meaning.  In The Year of the Sex Olympics, humans are divided into two streams by intelligence testing.  The High Drives live in a life of indulgence, while the Low Drives are spoon fed meaningless and violent television programmes.  Kneale was contemptuous of the half-hour self-contained serial because nothing ever appeared to happen.  For him, the longer drama of 180 minutes was his ideal length because it gave him room to plant his ideas.  Within the longer drama, Kneale was an expert at using realism to heighten the themes in his scripts, while making a statement, obliquely, about the world we live in.

Competitors in The Year of the Sex Olympics

Science fiction on television in the 1960s raises issues about values and social, as well as institutional, attitudes about quality.  The programmes on the BBC demonstrate how it was able to establish an appeal to a specialised audience in an age when television operated as a mass medium.  Although the idea of the intelligent viewer can appear elitist, it needs to be considered when trying to understand how science fiction was made to operate at the time and how it depended on the subjectivity of its viewer.